This weekend Laura and I packed up the car with all three kids and headed down to Alabama by ourselves. Let's just say it was an interesting weekend. Emma Grace has about 6 teeth coming in and Lucy had an ear infection. As you can imagine they were irratable. Neither Laura nor I slept while we were down there. We left Thursday afternoon and we were suppose to come back on monday. Well... Sunday morning around 9 a.m. Laura and I looked at each other and we both knew what the other one was about to say. "Let's go home" So we did. Ha. I think it was one of the best/ worst trips we have ever taken. It would have been better if our husbands would have been there! At least then we could have had a little tag team action!
I am really glad we went to ALabama. We went to see our grandparents and that was definetly worth it!!
Here are some pictures I stole from Laura. (ha)
Memaw and Taylor
Quick Story about Memaw-
Conversation
Me to Lucy: What do you want for Breakfast? Pickles and Olive Oil?
Memaw: Mary, I know I have some Olive Oil. (as she looks through her pantry)
Me: I was just kidding Memaw. It was a bad joke.
Memaw: Oh, well I just know I have some olive oil somewhere in this pantry.
Haha, I love that woman! 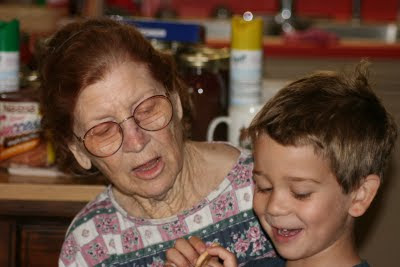 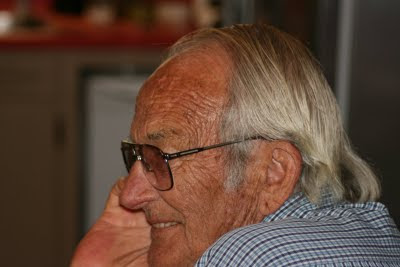 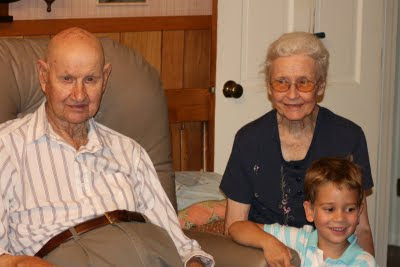 Lucy with a pacifier. Don't ask about the pacifier. She has never taken one until she turned 13 months now she wants one all the time. I would like to thank Emma Grace for turning her on to such an invention. 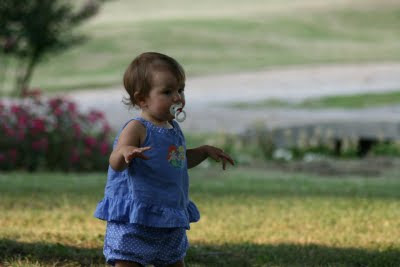 Taylor and the puppy 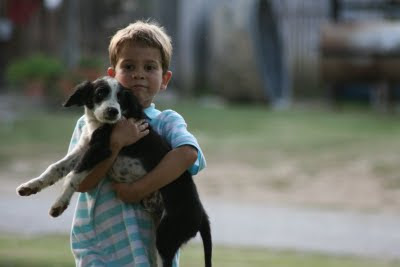 Taylor and my favorite Aunt Gwyn! 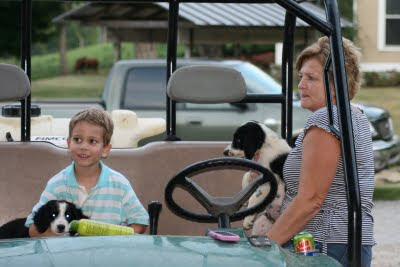 I was SO excited to see a new post. I'm sorry your trip was difficult, but I know your grandparents loved having all of you there.

Lucy is a hoot with that pacifier in her mouth.