The Story of the Purple Velvet Cloth
Once upon a time there was a little girl named Emily Bullington. She was a strange and imaginative little girl. At the age of 6 she was already 6 ft. tall. (exaggerated for dramatic effect). One day Emily found a piece of purple velvet cloth and from that day on the two were inseparable. Emily would tie the piece of cloth around her neck and wear it as a cape. She would pretend to fly around the living room. One day she found an upholstery pole. The upholstery pole became her horse. You could find little Emily riding around the house in her underwear with an purple velvet cape tied around her neck, happy as can be.
One day her mean older sisters made fun of her to the point that she threw the piece of fabric away (this didn't happen, well we did make fun of her) and swore never to ride her horse again!
The piece of fabric was lost until..... 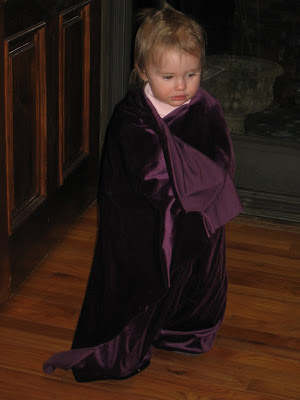 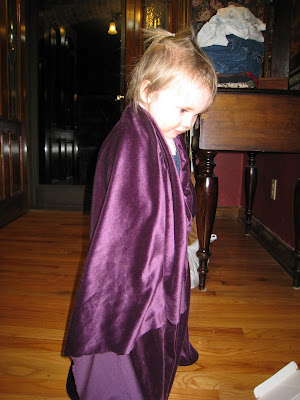 She wished and wished until..... 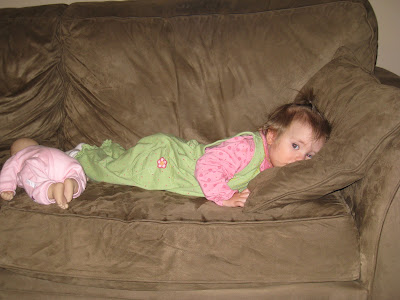 She woke up and realized she was just a little girl sleeping on the couch wishing she was a 6 ft. tall 1 year old.
The End.
(Emily really did ride in her underwear on an upholstery pole wearing a purple velvet cloth)
(I love you Emily)
Posted by The Bost Family at 9:41:00 PM

Oh boy!!! Tell me another story, Miss Mary!!! I love your stories. They make my day!!

If there was an award for most entertaining blogger, I would give it to you!