Last Monday I got a phone call from Taylor asking if I could pick him up from school this Monday. I told him of course and asked if his mom had a meeting. He said, "No, I just want to come play your xbox." If I would known that an xbox would make you popular with the boys I would have gotten one in high school. So on Monday, after dance, Lucy and I picked up Taylor. Since Lucy was so good in dance class we got to go by McDonalds for a treat. Both of the kids wanted a mcdouble and french fries. 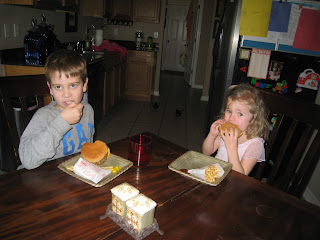 After we had our treat it was time to play. 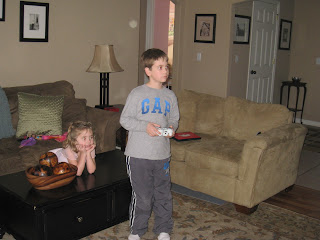 Lucy got a little bored watching Taylor play star wars so she decided to pull out all of her dvds and walk on them. 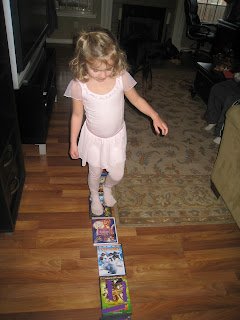 I made Gumbo for dinner and neither of the kids wanted to eat it. They ate rice and soy sauce instead!