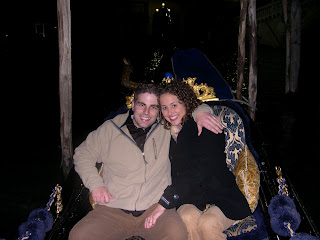 1. How long have you and your significant other been together?
We have been together 9 years as of December 5.
2. How did you meet? {What's your "love" story?}
Jonathan and I met through my brother-in-law, Ryan. Ryan and Jonathan were best buddies and Laura and I were sisters. I might have hinted to Ryan that I thought Jonathan was cute but didn't think anything of it because he is much older than me. (I'm just kidding we are only 4 years apart but when you are 18 that seems like a lot of age difference.)
I remember going out the night before a football game to eat dinner with a group of people. I was just tagging along it was mostly Laura and Ryan's friend. Jonathan was there. We sat at different ends of the table. We made eyes all night. At the end of the night Jonathan asked if I wanted to watch a movie with him. I of course said yes. So we decided that we would watch a movie at Laura and Ryan's house. We stayed up until 3 in the morning watching a movie. That night I knew there was something different about him.

Jonathan called me the next week and asked if I wanted to go on a date. I said yes. He said okay I'll call you with the details. TWO WEEKS LATER he called me... When he called I was very excited but I was also very angry. Who wakes two weeks to call for a date. I told him I didn't approve of his method and basically yelled at him. I wasn't going to date another turd who would forget about me. He told me that he lost track of time which I thought was the biggest load of crap I had ever heard but knowing Jonathan now I can truly defend him and say he has no concept of time! After I yelled at him he asked if I wanted to go out that weekend. I said, Yes. Well that same night he called me and asked if I wanted to go eat with him. I had just eaten but wasn't going to turn down the oppurtunity to eat with him.

The Date. We went out to eat at a place called Picasso's pizza in Fayetteville. It was their opening night and was a friend's and family only dinner. We walk in and instantly feel out of place. But they told us to sit and eat anyway. We did. We ate free pizza on our first date together. After dinner we went to Jonathan's house to watch a movie. He then dropped me off at my dorm.
I knew after that date that I wanted to know him more.
We shared our first kiss on December 5th. I think it was like our 4th date.

Pretty much after that kiss we were inseparable and in love....
3. If married, how long have you been married? If not, is this the guy you hope to marry? {do tell}
We will have been married 5 years on June 9. How are we going to celebrate the big 5? We are going to our daughter's dance recital!
4. If you are married, where did you get married at? Big or small wedding?  If not, where would you like to get married? And will it be big or small?
We were married in Fayetteville at the University of Arkansas on Old Main Lawn right in front of the doors! It was beautiful! It was hot! We were married.
Mr. and Mrs. Jonathan David Bost
June 9, 2007 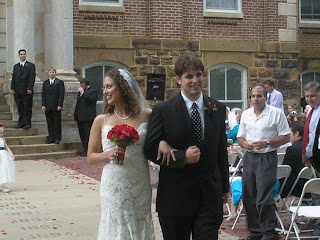 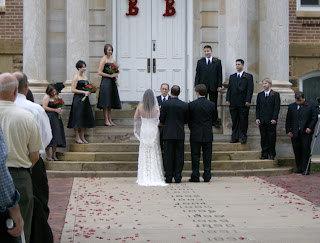 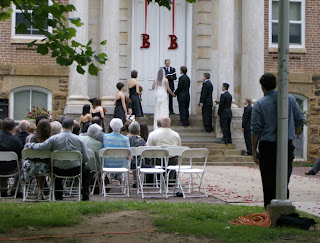 5. Do you have any nick-names that you call one another? Do share!
I call him Pookie. He calls me Mary-bear. 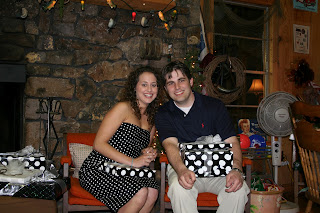 6. Name 3 things you love most about your honey.
Jonathan is hardworking and smart. He is passionate. He loves with his whole heart. He is funny. He is real good looking.
7. Tell us how he proposed? Or your ideal proposal?
I was studying Architecture in Rome, Italy for a semester. Jonathan came to see me for a week. The first day he was in town we did a couple of sight seeing things but the next day we did Rome in a day. I brought him everywhere. We were exhausted. We stood on the spanish steps and we looked across all of Rome and I asked him if he saw "the hill behind Trestevera and he said yes. I told him it was amazing at night. He said let's do that tonight. That night we went out to eat. We packed a bag that included a picnic blanket, a bottle of wine and a wine opener. Jonathan made sure not to let me hold the bag. He guarded that bag with his life! I had no clue what he was carrying in it! That night we made the hike up the hill to the monte gianicolo.
We pulled out our blanket and sat on the wall. We looked out over the city. The Gianicolo is a beautiful spot because it looks over the entire city and it was especially beautiful because it was night and the city was lit up with lights. As we were sitting there we were talking Lovey Dovey. I leaned into him. He told me I loved me. I said, will you marry me? Which wasn't uncommon for us to say. We had already been dating 3 years. We asked each other this everyday. But on that night he said, "Mary!" He got mad. Then he got on one knee. He reached into his pocket and pulled out a straw wrapper. He gave that to me first. It had no purpose it was just trash in his pocket. He then pulled out a box and showed me a beautiful ring. My engagement ring. He asked if I would marry him. I hugged him and kissed him. He said, But you have not answered me. Of course I said YES!
This is not us but it is the view from our engagement spot.

After a couple days two days in Rome we went on an engagement trip to Venice! 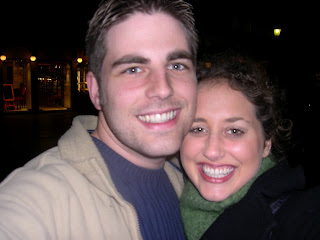 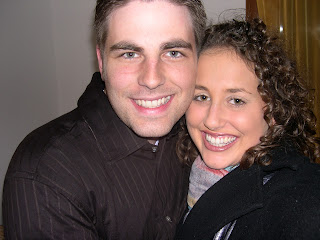 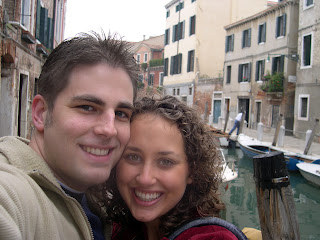 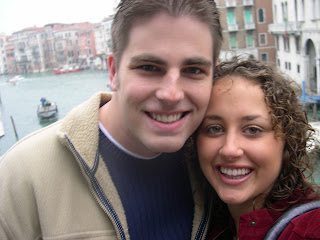 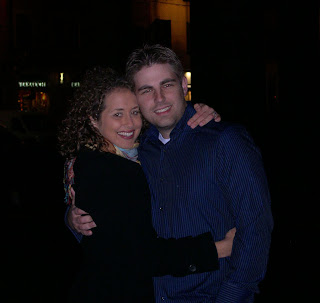 8. Is he a flowers and teddy bear kind of guy for v-day, or strawberries, champagne, and rose petals?
We don't do much for Valentines day. We always say we aren't going to do anything for Valentines day but he always surprises me with a box of chocolates or something.
9. Are you a sunset dinner on the beach kind of girl, or pop a movie in and relax on the couch?
We are a pop a movie in and relax in the bed kind of couple. If we lived near a beach you can bet your bottom we would be on it!
Our honeymoon, Anguilla. 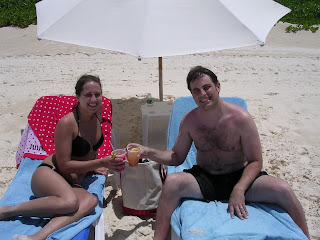 10. Tell us one thing you'd like to do with your significant one day. If you could do anything? Go anywhere?
Jonathan and I agreed that we wouldn't have kids until our 5th wedding anniversary. On our anniversary we were to fly to Ireland and then start the baby making....
You can see how well that plan turned out!
We got pregnant with Lucy 3 months into our marriage. I've learned that God's plan is much better than our own! His plan is actually perfect! We will now have 2 kids before our 5th wedding anniversary. Which means we have completed our family before we were suppose to even start it!
So with that being said, we would both love to go to Ireland. Maybe for our 10 year. I just know I want to see the world with him.
11. Tell us what you plan on doing on this Valentine's Day.
Watching Lady and the Tramp with Lucy and Jonathan.  That is Lucy's V-day gift.
12. Are you asking for anything this Valentine's day?
NO.

13. Give us one piece of advice of keeping a relationship strong and full of love.
Communicate. Talk out everything that bothers you. Kiss often. And keep Jesus at the center of your marriage.
14.  Show us a picture of what love means to you. 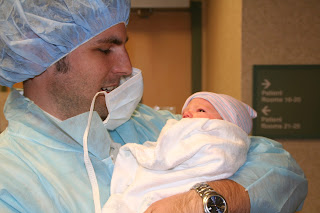 So beautiful and sweet!!!!!

So sweet! Puts my Eureka Springs proposal to shame!!! You are a very cute couple.