Henry David has become a professional eater. We started him off on baby cereal at 5 months. A week later we started him on vegetables. I did them by color starting with Green then orange and then we started fruit.
He now eats half a fruit for breakfast mixed with cereal. For lunch, half a vegetable and half a fruit/cereal mix and for dinner he eats half a vegetable and half a fruit/cereal! He sleeps so much better now that he eats and he doesn't spit up as much! (He still nurses every 3-4 hours) 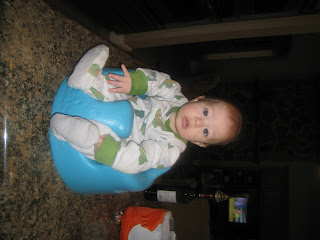 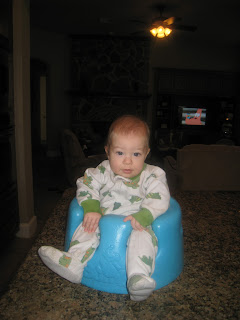 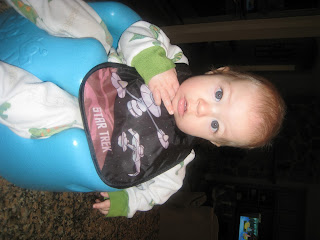 This was our first baby gift. A star trek bib and star trek enterprise baby spoon. His daddy thinks it's the greatest thing ever! Both light up! 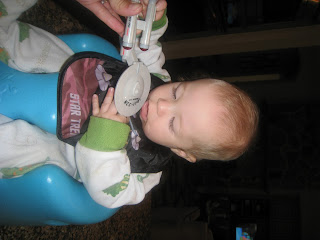 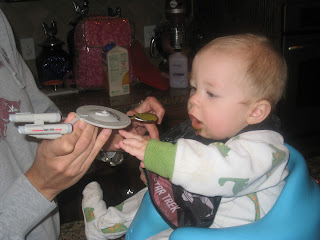 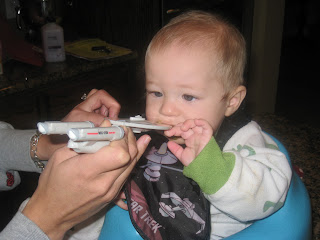 Not a big fan of green beans but he eats them! 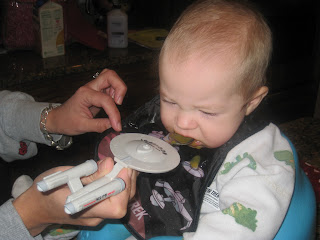 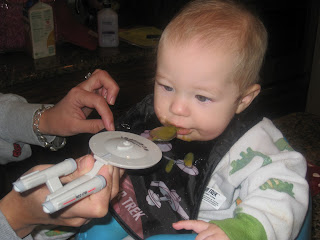 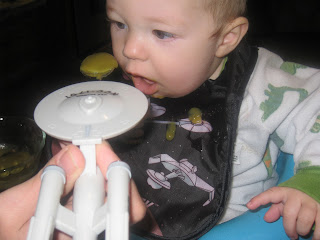 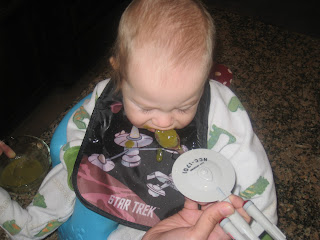 What a sweet little man!! I think I seem some resemblance to Addison, though I am not sure exactly what it is.

Such cute pictures! He is growing up so fast!