Jonathan and I rewarded Lucy with the game guess who? for working so hard on her speech at home and at speech therapy. We started speech 4 weeks ago. She was going twice a week and now only has to go once a week. Her therapist only has a couple more goals to work on and then we are done. Mainly we are doing speech to help with her articulation. We are also working on her expressive language. She is doing so well and we are so proud of her. I told her therapist that I thought she was a magician because Lucy had mastered the F in just over a weeks time and she replied, "No, it's just old fashioned hard work." That is the truth, Lucy works very hard. 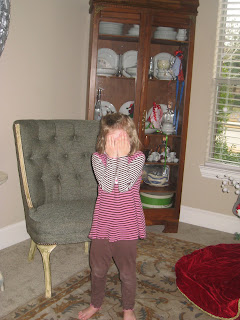 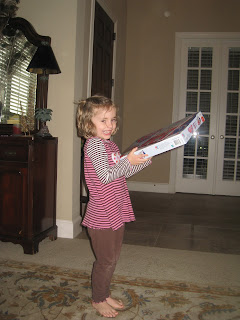 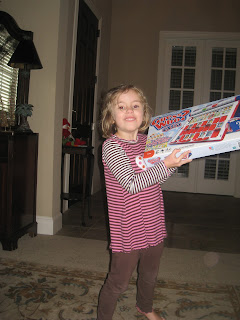 Tonight was a big night for Henry. He tried a puff for the first time. He liked them. He mashed  it with his gums the only problem was big sister kept stuffing them in his mouth! She just said, "Look, he likes it!" 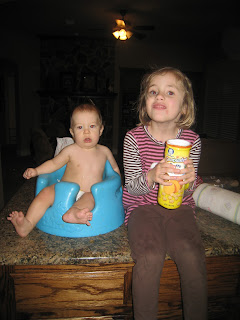 I'm happy that Lucy had her last day of school for this year and we get a 2 week break. It will be nice to play with both of my babies at home!