Last week I proclaimed this the Summer of No-Electronics. Meaning, my kids weren't going to play the tablet/Xbox or watch TV all day. They can earn time on these devices but it wasn't going to be our main source of entertainment.

Why cut them off of electronics?
1. They aren't productive.
2. They wake up and first thing turn these on without doing their chores.
3. They fight over channels.
4. They fight over games.
5. I heard the word screen cheater...
6. They get too stimulated by electronics.
7. They have a hard time quitting once they get started....

So, I unplugged the Xbox. I hid the tablets. I gave them chores. They have to use their imaginations...

So this summer we have been doing our summer workbooks. 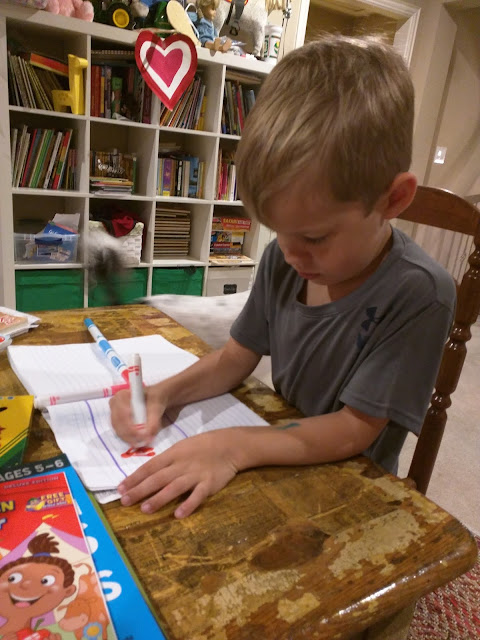 They have been inventing. This is a car Lucy built and then pushed her brother around in. 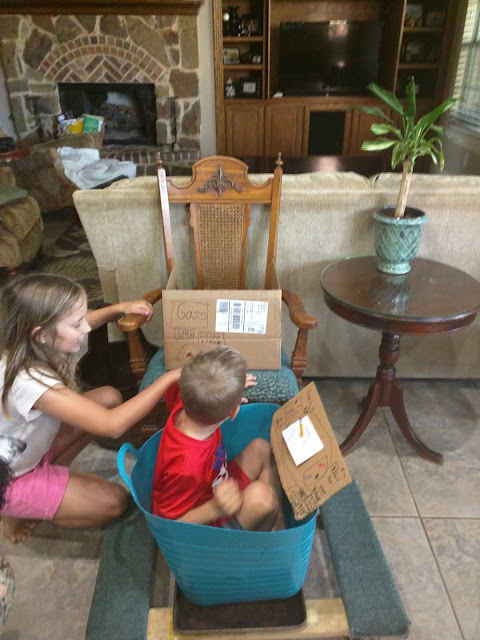 They have road their bikes. 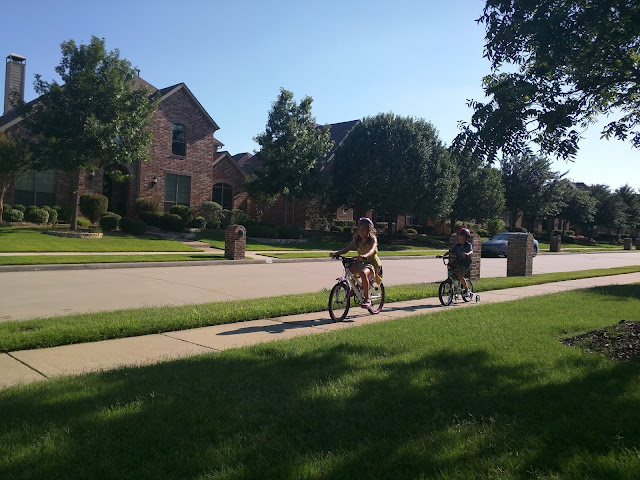 They have pushed each other on a furniture dolly. 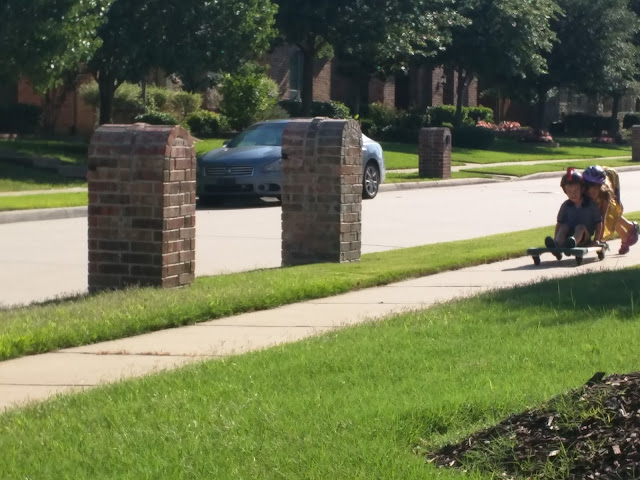 Lucy tied a dolly up to her bike and pulled her brother on it... Which reminds me of when I was kid and my sister and I did this with a wagon... 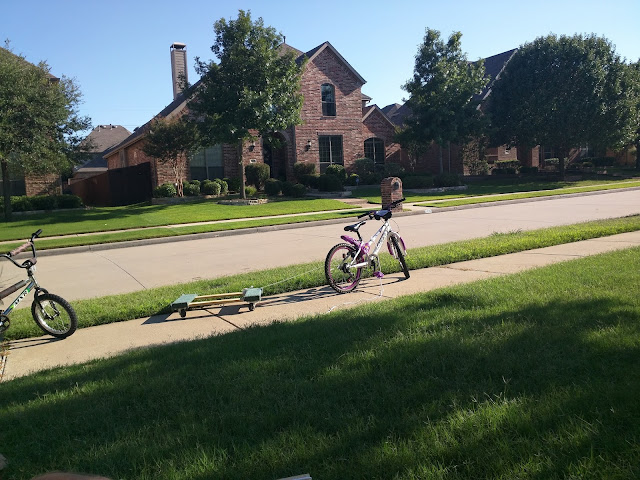 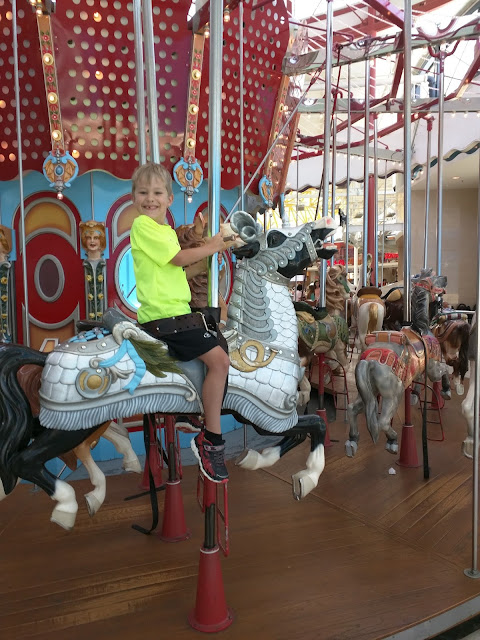 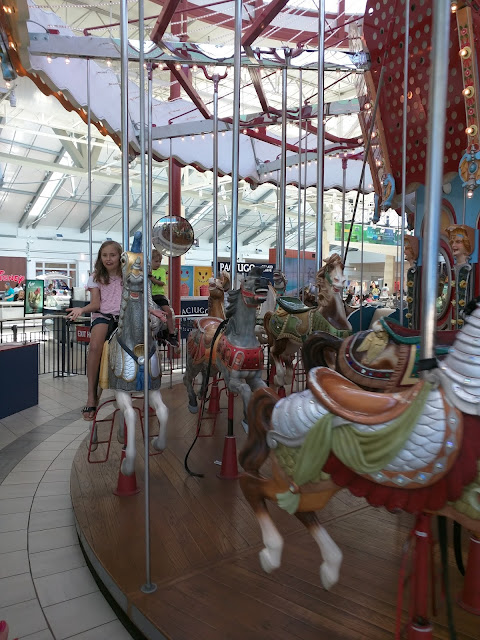 Vacation Bible School has worn them out. 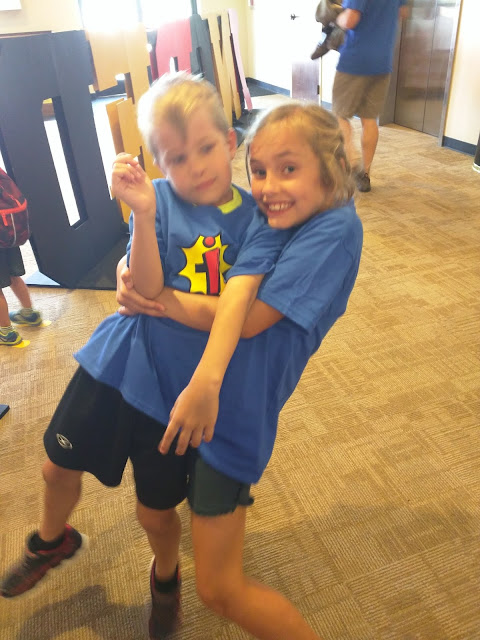 They have learned how to sit without being entertained. 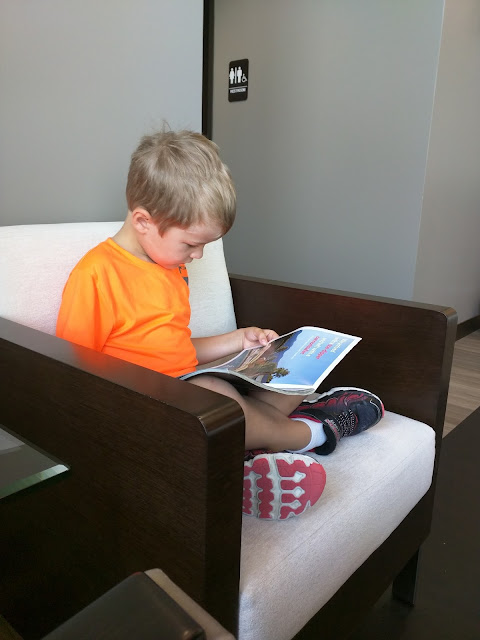 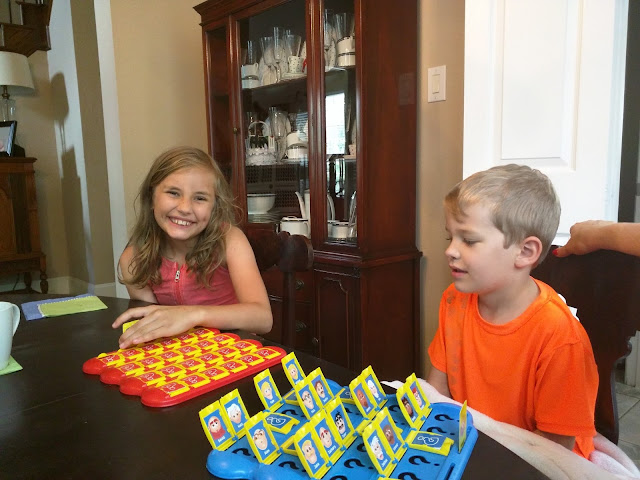 What I've learned so far:
They are capable of using their imaginations.
I do have to be more involved but we have all enjoyed the time together.
They fight less.
They love playing together.
They can peacefully play together.

Henry did have some withdrawal yesterday. He was also over tired. Sometimes a kid just wants to play Minecraft but will be fine playing with Legos instead.