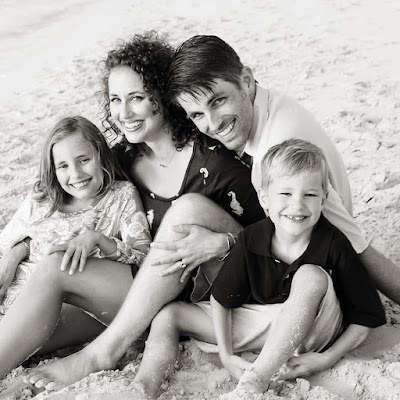 Jonathan David Bost, 39, passed away at home in Frisco, TX on May 1, 2019, surrounded by his family. He courageously waged battle against brain cancer for four years. Despite all he endured, he continued working full time until the end of January 2019. He lived every day with courage, love, and grace, unfailing faith and humor. He was an inspiration in how to serve his family, delight in the Lord and suffer well.

Jonathan was born April 18, 1980, in Little Rock, Arkansas to David and Becky Bost. He grew up in Arkadelphia, Arkansas. At age 8, Jonathan made a profession of faith and after a swim across the baptistry, he dedicated his life to Jesus. He attended the University of Arkansas in Fayetteville where he met his wife of 12 years, Mary. He graduated with a degree in Computer Science.
Jonathan started his career at Walmart ISD in Bentonville, Arkansas. After a move to Texas in 2012, he continued his love of programming at various companies including most recently Alkami Technology in Plano, TX.

Jonathan’s greatest accomplishments are his and Mary’s children, Lucy age 10 and Henry age 6. One of his most precious memories was that of praying with Lucy and Henry as they each committed their lives to Christ and then participating in Lucy’s baptism.

In addition to Mary and their children, he is survived by his parents, Becky and David Bost of Arkadelphia; a brother, Dennis Bost, and his wife Delta and their children Asher and Harper all of Little Rock; and his grandmothers, Ovella Bost Elliott and Faye Borland of Arkadelphia; mother and father-in-law, Molly and David Bullington of Frisco, Texas, brother and sister-in-law, Ryan and Laura Coble, and their children Taylor, Emma Grace, Addison and Preston all of Flower Mound, Texas, and sister-in-law, Emily Bullington, of Denver, Colorado, and his beloved family poodle, Wesley Bost.